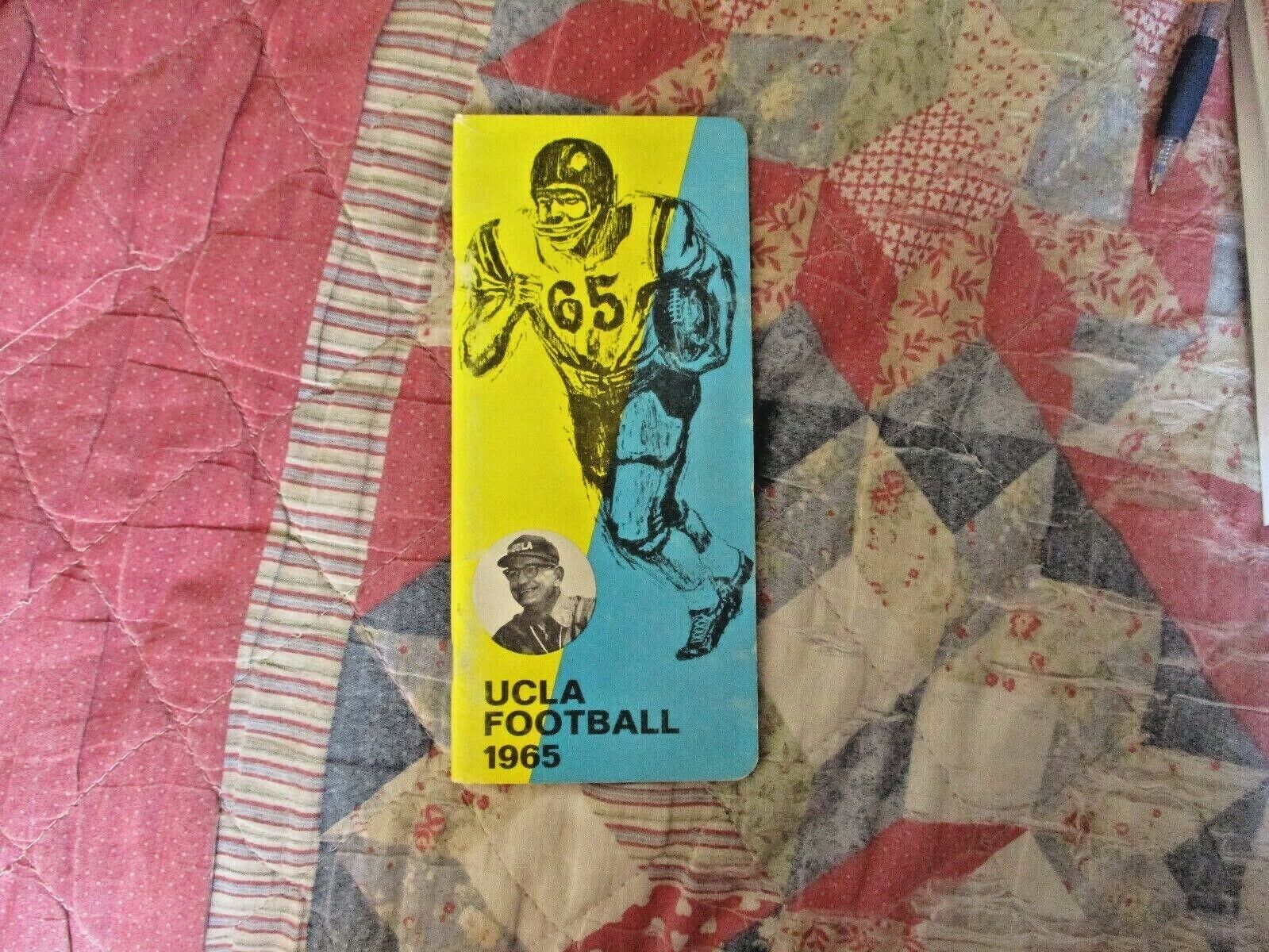 Seller Notes:
“Tommy Prothro's first year as head coach of UCLA was 1965. It was an historic season. The Bruins, led by sophomore quarterback Gary Beban, went 8-2-1, concluding its season with a 14-12 victory over 65 national champion Michigan State in the Rose Bowl. This was the first Rose Bowl win in program history!...Prothro would coach the Bruins for 6 seasons, compiling a record of 41-18-3. Beban would go on to win the Heisman Trophy as a senior in 1967. Other standout players on the 65 Bruins were Mel Farr and Dick Witcher...With Coach Prothro on the front cover, this is the 1965 UCLA Bruins Football Media Guide....Please see pics for condition of covers...insides close to perfect.....68 pages....EX+”
Original/Reproduction:
Original
Year:
1965
Sport:
Football
Team:
UCLA Bruins 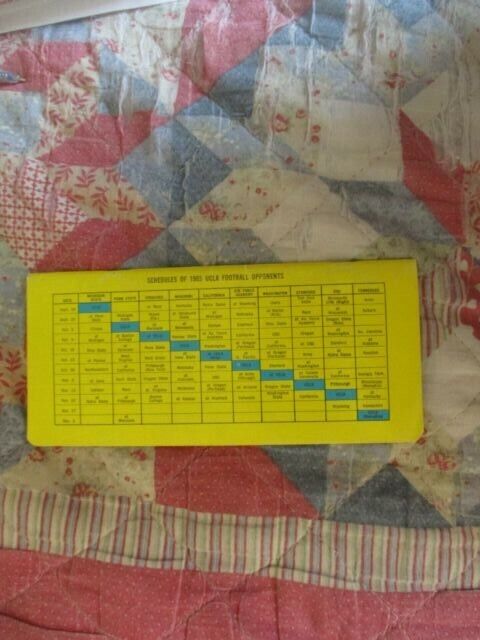